The store will not work correctly in the case when cookies are disabled.
Menu

Skip to the end of the images gallery 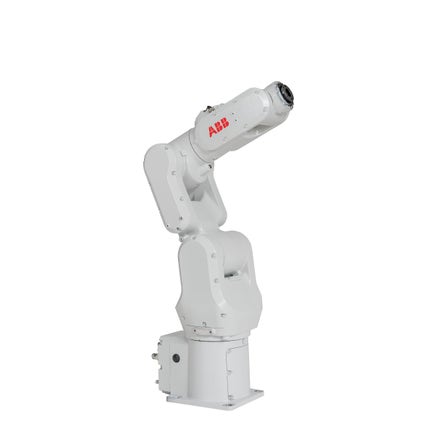 Skip to the beginning of the images gallery

IRB 1100 - The most compact and fast robot ever

With a 10 percent smaller footprint and 20 per cent lighter than IRB 120, the IRB 1100 can be installed in areas with restricted space, including existing production lines, for greater production flexibility. The IRB 1100 is unique, offering a 4kg payload and reach below 500mm, while offering best-in-class repeatable accuracy. The IRB 1100 provides clean room version, setting a new benchmark and going to be able to support cleanroom teams throughout industry, enabling them to make the most of automation in these demanding environments, including faster cycle times and improved productivity, even in confined spaces.

The robot powered by OmniCore controller is now available for order.